After the first wave of the coronavirus epidemic it was very important to start with the game.

Especially children missed football very much, they missed sports life, traning, live social contacts, company, matches and all benefits from football, which is the most important thing for them. As we know football is also shaping their personality, and is beneficial for health.

I' d like to share with you a great example from the time between the first and the second wave of the pandemic in Slovenia. It is not the story about crisis communication, it is the story about a message, which was very important at that time – the message „Football is back“ was tremendously important in the middle of a crisis like a pandemic.

Football club Korotan Prevalje is a club from the 3rd divison in Slovenia (years before they were also members of first and second division) . Their biggest sucess was in 1999, when they played in Intertoto cup with Basel. But now it is an amatuer club with lots of fans.

Every year when the school year end, they organise Football camp for children (between 5 and 15 years). Children are always very interested to join, especially this year a after hard time of special measures – not just in our country but all over the world – the time of isolation, masks and lonelines, distance learning...

Since Korotan is a nonprofessional club, no one is employed full time in the club, but their educated coaches (they are licensed at Football association of Slovenia) work with children with love and passion.

But – because of the epidemic this year, there were many questions, negotiations and a big dilemma if health authorities would allow the camp at all? In Slovenia there was  a ban on socializing in groups over 50 people. In the club they thought about cancelling everything first, but this would be a huge disapointment for young players and their football family.

But after all the epidemic situation was a bit better in June, and finally the National institut for public health allowed their popular camp to train football and social skills. They cooperated with the club all the time so the club had to organise the camp with limited number of participants – less then 100 – Firstly they had to create two big groups  with 50 participants, and then they separated these in smaller groups (from 5-10). They had to work seperately on stations, disinfect the stadium... etc.

They started and finished with a lot of joy, fun and happiness.

They approached me to arrange media coverage for their special event. I agreed - but when I saw all their entusiasm and their love to the game, I said that i can also make something additional for them (because it is very important that footbal is back on all levels) and I invited special guests to join the players at the camp. I called the coach of Slovenian national team Matjaž Kek and the coach of Slovenian famous club NK Maribor Sergej Jakirović (he is a former player of Korotan, born in Bosnia and Herzegovina and he was sucessful as a coach in first division in Croatia) -  to invite them to join the camp and make a public debate about football and how it was affected during the pandemic. They quickly agreed and I made a live interview with them on the pitch; all participants, coaches and media came and watched the event – with a distance - but very big interest – they were very happy and suprised.

The event and camp were very sucesfull - so they could announce that football is back. At the end it was rare and the only camp in the region but with a lot of media coverage. (National TV National press agency, printed and online media, radio, social media...), but what was the most important was the message -  football was back and »the show must go on«

Young players also made photos and short film about these fantastic days (it is short, about 1, minute 20 sec). 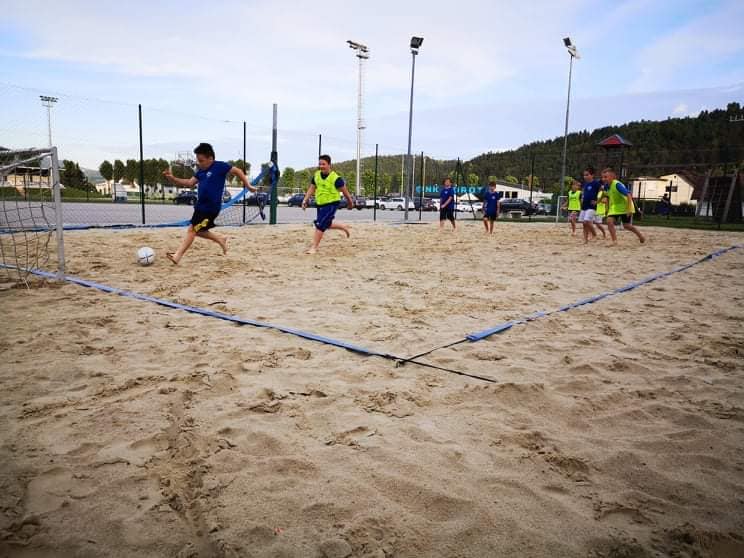 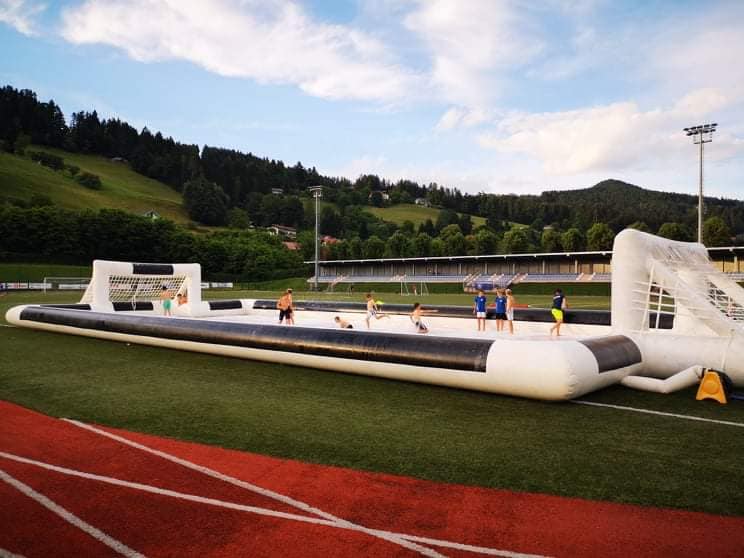 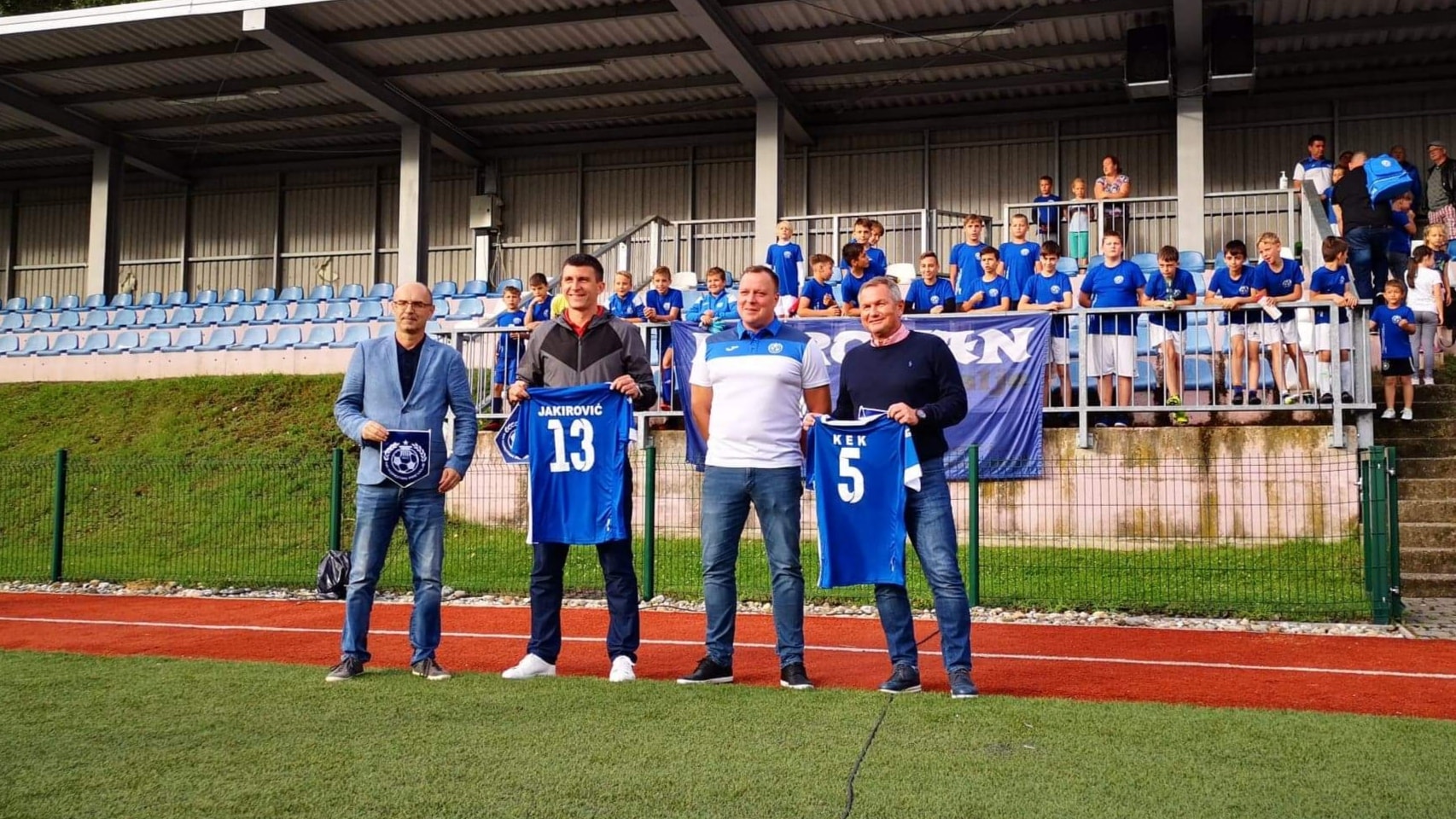 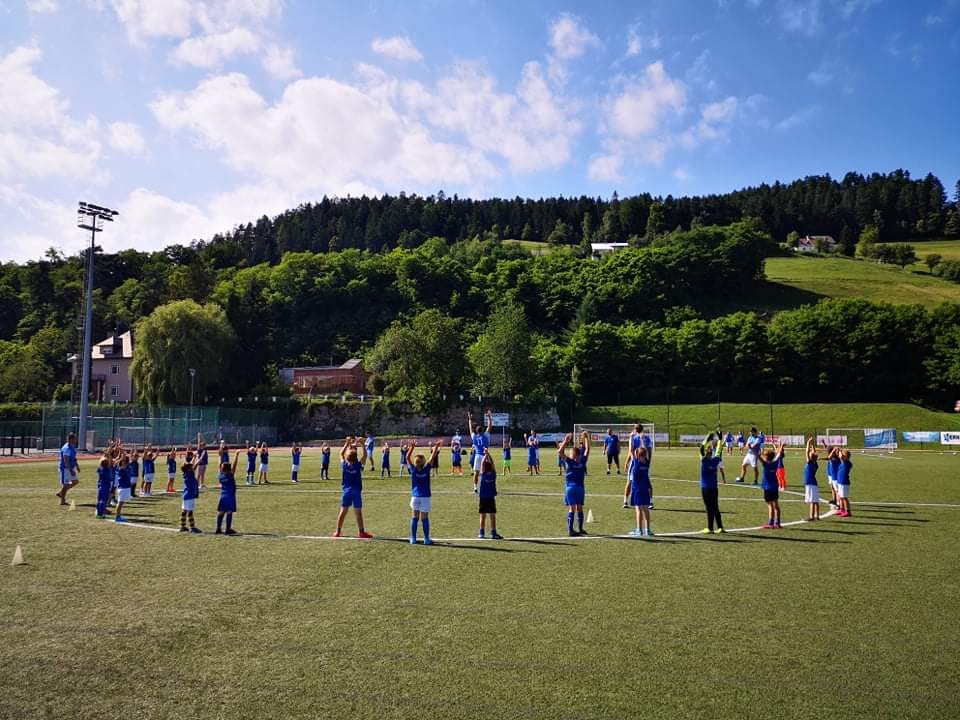 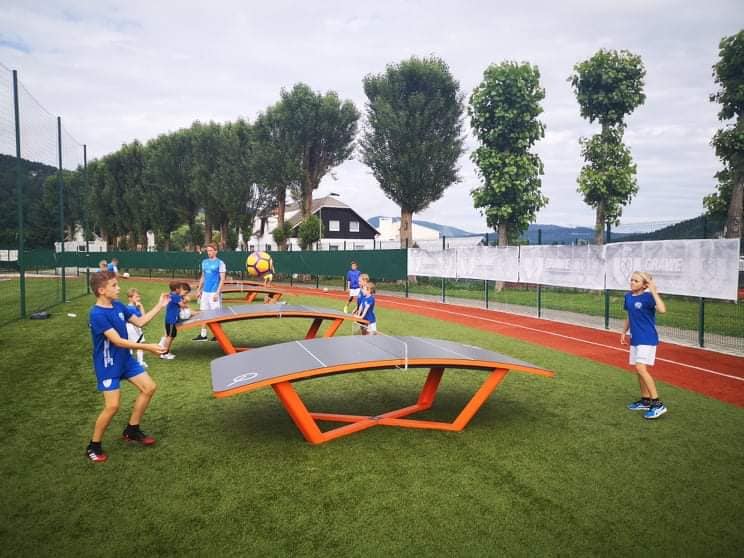 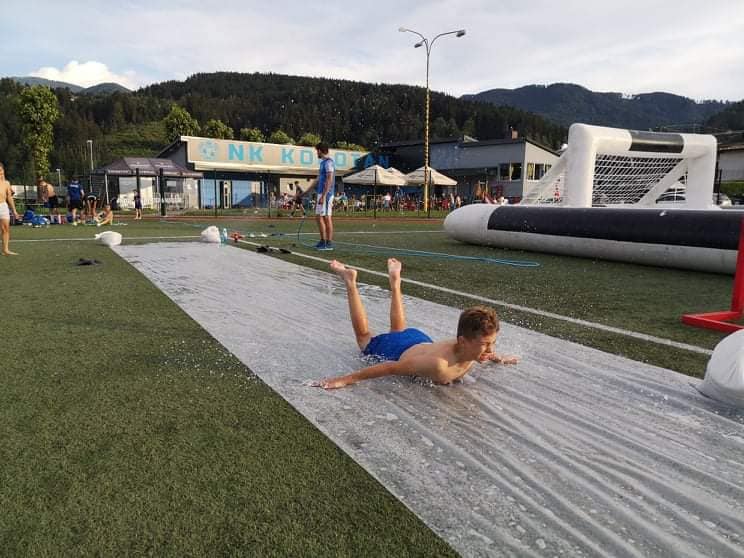